TWICE UPON A MATTRESS

For more than two decades the Durban Adult Panto has been a feature of the Festive Season – a reason to let your hair down and party the night away watching a show which took a traditional fairy tale and turned it upside down and inside out to reveal a very naughty underbelly. Now in its 22nd year, the Adult Panto is moving with the times and is yet again to set the stage on fire with laughter and great entertainment.

A fabulous evening of light-hearted entertainment before partying the night away in the venue which transforms before your very eyes into a dance floor. The coloured strobes from the venue extend over Silver Avenue to reflect on the walls of the buildings opposite; the bustle of the normally active road is serene and your vehicles are quite safe under the watchful eyes of a car-guard or two, so that you can truly forget your cares and chuckle away at the on-stage antics.

Over the past 22 years the Panto has been based on a traditional fairy tale. This year, the script has been captured by the fairy tale of the Rainbow Nation. Be prepared for an experience with an edgy and a provocative sting. Entitled, “Twice Upon A Mattress – the story of The Princess & The P”, the Adult Panto team has created a potjie filled with delicious South African flavours spiced with sarcasm, innuendo and double entendres.

Adult Panto: Twice Upon a Mattress 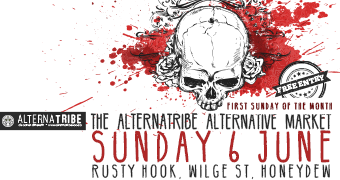