Defy Theory is a rock band from Johannesburg, South Africa. The band was formed in 2013 and consists of members Gareth Cairncross, Daniel Bronkhorst, Renier Lillie, Justin Visagie and Christopher Palmer.
They toured during July 2019 to the UK and performed with International Acts such as The Hunna and Sulpher (ex-members of Marilyn Manson and The Prodigy).
Defy Theory plays a host of covers peppered with their original music. They recorded their debut album Impossible/Plausible/Sensible with Clinton Watts of Watts Audio, whom they also previously worked with on their single “Sugar”.
They have since released another three singles, “Whispers”, “Black and Blue” and “Grey”
The bands sound experiments with a mix of alternative and rock with elements of rap, although it isn’t limited to those genres as they draw influence from multiple types of music, namely artists / bands such as Muse, Gangs of Ballet, Linkin Park and Alter Bridge among others.
0 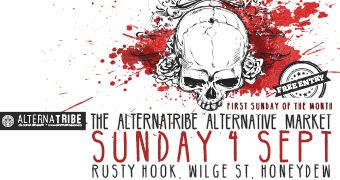