Join us as we celebrate the release of Sold Ash’s ’Howl A Little Louder’ where the band will be performing a live set, as well as screening the song’s unreleased music video directed by Liam Cockcroft.
Howl A Little Louder is the 3rd single and title track from Sold Ash’s upcoming debut album ‘Howl A Little Louder Just Don’t Spit In My Mouth,’ which is set for release on 26 August 2022.
Sold Ash will be performing as a 4-piece band, playing a loud and fierce set that will include a combination of new songs from the upcoming album, songs from the debut EP, as well as some unreleased experimental pieces.
To induce more ecstasy and visual stimulation, The Glue Factory will be joining us for the night. You can expect a liquid light show, camera feedback, and live video effects that will be projected over the band during their performance.
Join us for this immersive experience x
TICKETS:
Limited tickets are available online for only R100: https://qkt.io/bPOZ1L
R150 at door (if not sold out)
LINE-UP / RUNNING ORDER:
20:00 – Music video screening + words from cast & crew
21:00 – Support band to be announced!
22:00 – SOLD ASH
23:00 – DJ to be announced!
MORE ABOUT SOLD ASH:
Sold Ash’s live shows combine the abrasive and explosive energy of noise/punk with the sustained, cathartic waves of droning sonic manipulation. Crafted as an immersive and celebratory act, Sold Ash draws in a crowd of instantly devoted viewers. All sinking as one, into sustained, cathartic tones.
Initially starting out as a droning, noise rock trio, Sold Ash has evolved into a transient 5-6 piece lineup. Taking on heavier, more melodic hooks without sacrificing any of their lush, lingering foundations. Their influences stretch from Sonic Youth, Nick Cave and the Bad Seeds, The Kills, Radiohead and The White Stripes to A Place to Bury Strangers, Sigur Rós, Portishead and many more.
See you there! 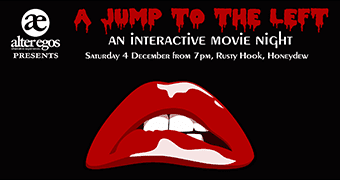 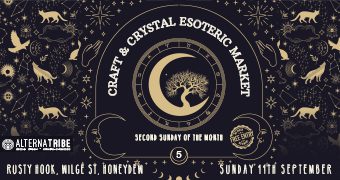