Welcome to the upside down. You can’t hunt for the demogorgon without an 80’s soundtrack!

Mercury Live and Too Nice Music present 4 epic bands for a “Stranger Things” themed Halloween show. Join us for some synthy sounds, loads of drink specials and even prizes for the best dressed.

Since the release of their debut mini-album ‘Bloom’ in 2018, Emerger has been making waves both nationally and overseas. Their debut single, ‘Break & Fall’ was a winner of the Avid and Abbey Road Studios International Song Contest, picked from nearly 5000 international entries. The Los Angeles based producer and judge of the contest, John Feldmann (Goldfinger, Blink-182) said: “They have a great cinematic landscape to their music… and are a good example of what modern music can be.” They had the opportunity to travel to Abbey Road Studios in London for the mastering of this winning song. Their music has also been played on the BBC Introducing radio show in the UK.

In January 2019, Emerger hosted their sold out Live Launch at The Raptor Room in Cape Town. Since then they have played to audiences at the Castle of Good Hope, Café Roux, The House of Machines, Aces ’n’ Spades and Mercury Live with their slick live act. Most recently, the duo was approached by Bad Weather Productions to collaborate for Mediatech Africa 2019, where they got to perform their music, synced to incredible visuals at the Blackbox stage at the Ticketpro Dome in Johannesburg.

About Son of Leto:
Rooted in Alt Rock the use of ambient synths soundscape their music into a new realm. Sam Hyde’s powerful vocal shifting effortlessly between falsetto and a rock belt, their use of nostalgic popesque melodies and kindred lyrics leave an imprint on the mind.

For the band, pushing beyond the divine boundaries of music, sound & performance is the order of the day! Prepare your mind. Open your ears. Son of Leto is here to radiate your soul.

We like to keep things original with mixtures of rock, rap, alternative afrikaans and funk.
Uncle Spike is about to burn your diff. 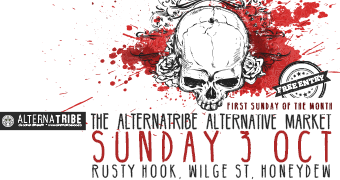 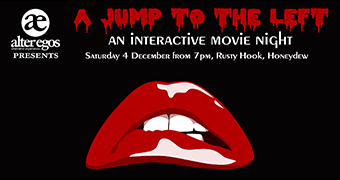