With special guests – Facing the Gallows, CREATING THE GODFORM and Human Nebula

The South African Brutal Death Metal Bulldozer Vulvodynia are one of the most active and well known bands in the genre today. Their brutal yet catchy, pit inducing, heavy as hell sound has gained them fans from all around the world. Hot off the success of their 2016 album Psychosadistic Design which saw the band doing numerous tours abroad with some of the biggest names in metal as well as performances at some of Europe’s best festivals. Vulvodynia presents their new album Mob Justice in 2019 which will see the band embarking on a world tour with shows in Europe, USA, Australia and Asia. Catch them in Johannesburg for one night only at Rumours Rock City on the 3rd May 2019 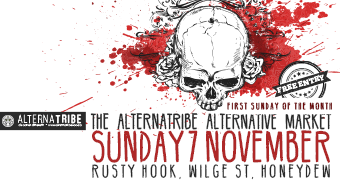