The West Coast Wolves will be bringing their unique brand of Rock, Banjo, Country, Punk, Reggae to the iconic Armchair Theatre in Obs on Saturday the 13th of August!
This show is to celebrate their latest single release “Ace & the Butternut” off their upcoming debut full length album “Don’t Forget to Howl”
Joining them on the night are Cape Town based, Four Piece, Psychedelic Cowpunk Band, “We Kill Cowboys”
Doors from 6pm and the live music will start around 9pm!
Entrance is free!!
The story behind ‘Ace & the Butternut’
Having to put up with corrupt leaders and a broken government is something South Africans have to confront every day. Being resigned to witnessing the country’s abundant natural resources being harnessed, not for uplifting millions of desperately poor citizens but for filling the already deep pockets of a small political elite is not unique to South Africa. Nowhere is desperation and distortion more abundant than in resource-rich countries.
We have learnt the hard way that the untold wealth trapped in the seams of our rock and in the nutrients in our soil does not permit us to dream of a better future, but rather to fear what scavengers will be drawn to our camp at night.
The damage wrought on the country and its citizens is more insidious than merely wasted potential – the rent-seeking elite is incentivised to obfuscate and to divide. They are not incentivised to grow the economy, to strengthen our institutions and to educate the citizens about citizens’ rights, democratic values and good governance
Sadly, South Africans from all classes, cultures and race share one feeling: the anger of a person who is robbed of his or her future, over and over again. But, there is a glimmer of hope. With the cupboards bare, the citizens furious, the wheels of justice – mothballed for far too long – are now shuddering to life.
The song is a way for us to convey this feeling in a simple and relatable way. We crafted the lyrics to capture the perspective of the corrupt politician – the so-called “State Capture Accused” – who are now realising that the chickens are coming home to roost. We did this to make it more real, more visceral, because the truth is that many of us have become completely desensitised to it all.
At the time of writing the song, the Gupta, Zuma, “State Capture” story was everywhere, and we were all so hoping that some of these “State Capture Accused” would get caught and brought to justice. Hence, the song has a positive tone to it, in the hope that the State Capture debacle can come to some positive resolution. In the hope that a few more of the self-centred politicians of South Africa and their support networks can get weeded out. As South Africans we continue to hope. At the time of writing this “about the song” Jacob Zuma is going to court and the Zondo commission will be releasing their state capture findings soon.
“We expect you to stand on guard not only against direct assault on the principles of the Constitution, but against insidious corrosion” Nelson Mandela, 1995
0 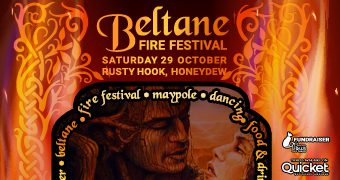