British rock band Wishbone Ash are returning to SA in June 2019 for a nationwide Barnyard tour!

In the ramp-up to Wishbone Ash’s 50th anniversary, the band is celebrating its 49th year in characteristic fashion: with a world tour, dubbed XLIX (49 in Roman numerals).

Last seen in South Africa on their highly successful 2015 Live Dates world tour, Wishbone Ash make a welcome return on their XLIX world tour which kicked off at the Rory Gallagher International Music Festival in Ireland in June 2018 and takes in Canada, USA, UK and Europe before arriving in South Africa.

Wishbone Ash travel around 50 000km per year, performing some 150 gigs a year all over the world making them one of rock’s hardest working bands. Andy Powell, founder and 49-year veteran of the band said, “We really enjoyed the Live Dates tour around South Africa. The Barnyards have great people, facilities and, of course, audiences that appreciate classic rock. We look forward to seeing you again.” With more than 35 albums and thousands of gigs under their belt, Wishbone Ash provide an unforgettable concert experience.

The band includes founding member Andy Powell on lead vocals and guitar, Yorkshire’s Mark Abrahams guitar, Bob Skeat, a 20-year veteran of the band, bass and vocals, and Joe Crabtree, one of the best of Britain’s new breed of drummers. Wishbone Ash, the quintessential road band, is an acknowledged influence on many other bands including Thin Lizzy and Iron Maiden. All have been transformed by the original, legendary twin-guitar approach of Wishbone Ash. .

Come experience the guitar magic of Wishbone Ash at the Barnyard in June 2019. 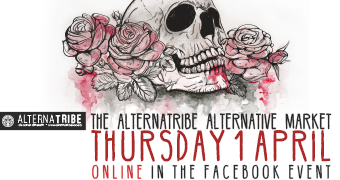