ZAPIRO is coming to launch his 2018 annual at Life, in a Garden, and you are invited!

“I do believe that cartoons have a second life in other forms – especially now with the internet – and then they have a third life in books; they become a historical thing.” – Zapiro
It’s been one helluva year – again. We’ve seen Zuma resign as president, the DA go after its own people, Trump exercise his megalomania, the rise of racial tensions (as well as the petrol price) and tempers being flared. All while the Guptas fled the Saxonwold Shebeen.
Who better to make sense of this than Zapiro, political analyst, cartoonist and agent provocateur. He has the ability to knock the air out of us, to rock us back in our seats, to force us bolt upright with a 1000-watt jolt of electrifying shock. He makes us angry, he makes us laugh and he makes us think. He shines a light on the elephant in the room, presents the emperor in all his naked glory. Impossible to brush off, he is determined to provoke a response.
When all around is crumbling, when fake news and zipped lips conceal the truth, Zapiro comes to the rescue. With the dissecting eye of a surgeon, the rapier-like point of his pen exposes flimflam, and reveals with a single line what lies behind the action. 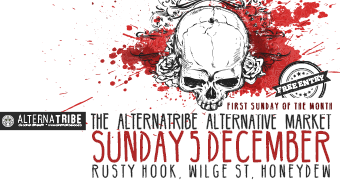