All it takes for a second lease on life is some brain damage.

This time we travel back to 1991 and the Harrison Ford led film, Regarding Henry. Yes ok, let me get this out of the way now. Yes, I am somewhat of a Harrison Ford fanboy. His movies were a big part of my life growing up after I’d discovered Star Wars and Indiana Jones. However, he alone is not enough to make a good movie. Let us never forget his rather cringey attempt at being a villain in that unnamed movie. *coughcoughWhatLiesBeneathcoughcough*

When you think of Harrison Ford you think of action adventures like Star Wars, Indiana Jones, Air Force One, and The Fugitive. You certainly don’t picture a brain-damaged former lawyer. However, that is exactly the role Ford takes on in this stunning film.

The film is directed by Mike Nichols, best known for his work on films like The Graduate, Working Girl and Remains of the Day, and written by none other than J.J. Abrams. Yes, that J.J. Abrams. It also features a score by the legendary Hans Zimmer. If you don’t know who that is, trust me when I say that you know his work. He has been in charge of the score from everything from The Rock, The Lion King, Gladiator, Inception, Pirates of the Caribbean and much more.

With a stunning group like that you can only imagine that it must be a cinematic tour de force. You would be wrong. While it is a fantastic film and definitely one that deserves more love than it gets (hence why I’m writing about it here) it is far from a perfect film. While today we might consider J.J. Abrams one of the big names, back then he wasn’t the man we know today. As a result, there are a few nitpicks I’ll mention later. For now, on to what makes this a great film.

While Ford has played many wonderfully dramatic roles in films like Presumed Innocent, his portrayal of Henry Turner is an outstanding performance. Henry Turner is a cold, successful, arrogant lawyer. He is driven to win his cases and he has no patience with anyone. Early in the film, we see him scolding his daughter for messing grape juice on his piano. When his wife, (Annette Benning) tells him to apologise to her, he enters the room, admits that he was angry, but immediately makes it about her being irresponsible before bragging about the case he won.

It soon becomes clear that Henry is a cold, arrogant, and unscrupulous man who cares on;y about his career, possessions, and appearance. However, one fateful trip to the corner shop to buy cigarettes changes everything when Henry gets shot in the head during an attempted robbery and Henry gets rushed to the hospital.

After being in a coma he finally regains consciousness, only to have no memory and the mental and physical capacity of a baby. In time he regains his ability to speak, thanks to some doctored eggs and a physiotherapist called Bradley, and eventually to walk etc. However, his family are still strangers to him. His personality has also changed to one more like an innocent child as he needs to relearn things like reading.

Some of the most poignant scenes are the ones Henry shares with his daughter. Scenes such as her tying his shoelace and asking her where she learned to do that only to be told that he taught her as well as the scene where she helps him to read. There are some wonderful scenes with Annette Benning as Henry comes to terms with intimacy with his wife or displaying affection in public. All these moments helping Henry to learn and to recover parts of himself that he had lost.

As Henry goes through these changes, however, it puts a strain on the friendships that had been at the core of his life before the accident. He also faces the challenge of discovering devastating secrets that were kept from him by his wife as well as secrets of his own.

The film is a wonderful drama full of genuinely heartfelt moments and gripping drama. However, by the end of this rollercoaster ride, you feel uplifted and possibly a little teary. As I’ve said before, this is not the kind of movie you typically associate with Harrison Ford but it is refreshing to see the tough guy hero be a soft and vulnerable everyman for a change. It is this ability to play a role, whether it be Indiana Jones, Jack Ryan, or Henry Turner and still be believable as a normal person that has always been part of Ford’s appeal to me.

The actors all play their parts perfectly, even though most of the film centres around Henry and his wife. All the relationships and characters in the film seem genuine, not just tacked on because another character was needed, and the themes and realities the film touches on, such as false friends, family, etc. are all completely believable and realistic.

Now for a few nitpicks. The film had a lot of potential to dive into some of the very serious themes and issues it brings up but it doesn’t go too deep into things like the physical and occupational therapy, the financial strain and struggles his family now faces and more. However, while it could have focused more on those and made for a great, deep drama, it only touches on them throughout the course of the film. This is also not entirely a bad thing as the focus of the film is not so much about the effect those things have on his life as it is about the change within him and the way that affects the people around him and his life.

Some of the dialogue can feel a little bit stilted at times but overall it isn’t bad. Remember, J.J. Abrams wrote this screenplay when he was only 25, meaning that he still grew and developed a lot since this movie came out back in 1991.

All in all, Regarding Henry is a fantastic feel-good drama. It is honestly one of the most underrated gems out there and I strongly recommend that you give it a watch. Remember: When you’ve had enough… say ‘When’.

You can check out a trailer for the film below. 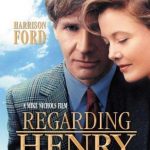 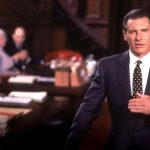 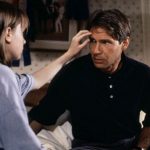 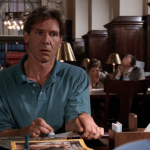 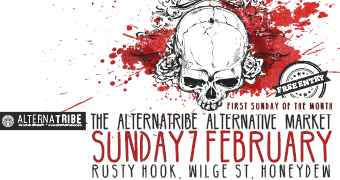