You know the drill. You go to a random church bazaar, eat a bunch of candyfloss and sweet treats, play some games, look at the junk table, buy a random comedy DVD for R5, discover a hidden gem. We’ve all been there, right? No? Just me? Ok. Well… That is exactly what happened on the day I discovered Bob The Butler.

Bob The Butler is a 2005 comedy film starring Tom Green and Brooke Shields about Bob, a man incapable of holding down a job becoming butler to a single mother (Brooke Shields) and her two kids. Now let me preface this by saying that I am normally not a fan of Tom Green. Movies like Freddy Got Fingered and Road Trip are not movies I really enjoy nor do I have any desire to watch them again. Bob The Butler, however, frequently gets a rewatch, and I enjoy it every time.

The reason for that is that this is Tom Green not being Tom Green. This was honestly the first film that made me feel that Tom Green has some real acting chops. I generally find the humour and comedy in movies like Freddy Got Fingered to be a bit banal, sophomoric, and generally un-funny. Bob The Butler, on the other hand, has some truly brilliant comedic moments and timing.

Bob is hopelessly inept and incapable of holding down a job. The very first scene shows a fast food restaurant on fire after Bob was put in charge of the chip fryer for the first time. The opening credits that follow show a cartoon version of a string of jobs Bob had and lost before working at the burger joint. You see, Bob’s approach to life is to go through the Yellow Pages alphabetically to find his next job. When he is asked in one scene what he would do if the butler thing didn’t work out he responds with: “I’ll probably move on to the Cs. You know? Camping guide, carpet cleaner, carwasher, computer hacker.” He ends up working as a butler for Anne Jamieson, a neurotic, control freak, germaphobic, workaholic with no time or apparent interest in her own children. The children in question are absolutely manipulative and vindictive little monsters and are even referred to as “the devil seed” early on.

What follows is the predictable ups and downs and hijinx that you’d expect such as exploding pigs, mean spirited attempts to get Bob fired and more. By this point you’re probably thinking that this sounds similar to movies like The Pacifier, My Spy etc. and that the characters sound thoroughly unlovable. While you’re not wrong, Bob The Butler, however, is truly a redemption story at its core.

Unlike other movies, almost all the characters have a redemptive arc throughout the film. Bob, while remaining as awkward as ever, develops more confidence and faith in himself even turning down everything he wants because “it wouldn’t be appropriate”, while Anne not only becomes slightly less of a neurotic control freak and becomes a more involved mother.

The children go from unlovable monsters to more rounded and relatable characters. Much of this is the result of the various people and skills Bob has collected through his various failed jobs. When Anne comments that he seems to know everyone in the city he responds with “I’ve been fired a lot.” This helps Bob to help the children discover their own potential and skills and helps Anne to realise what she’s missing out on in life. All this gives the film a kind of heart which many of the bigger and more well-known films lack even though they follow the same formula. It is truly a story about family and finding your place in the world.

While Bob The Butler will certainly never be an award-winning film or a classic for the ages, it is a genuinely feel-good comedy that is great for a night when you just want some laughs, not think too much, and still enjoy what’s happening.

You can watch a trailer for the film below. 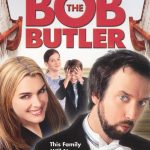 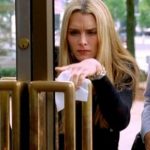 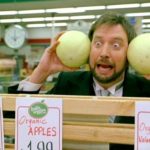