Hollywood, Communists, And Amnesia, The Recipe For An Amazing Film

Take a trip back in time with me to the distant time of 2001. Think back to the December movie releases. Films like Harry Potter and the Sorcerer’s Stone, Ocean’s Eleven, and The Lord of the Rings: The Fellowship of the Ring, and The Majestic. You haven’t heard of The Majestic you say? Well, sadly that’s no surprise. It is, however, a terrible shame.

The Majestic has a stellar cast including the likes of Jim Carrey, Martin Landau, Hal Holbrook, David Ogden Stiers, and many more. Set in 1951, The Majestic tells the story of Peter Appleton (Jim Carrey), an up and coming Hollywood screenwriter who is about to get his big break. However, after he gets accused of being a communist by the House Un-American Activities Committee, his life falls apart. The studio that was planning to produce his movie suddenly cancels the film and blacklists him, his girlfriend leaves him, and suddenly he’s seen as a bad guy.

After getting horrendously drunk, Peter decides to go for a drive and has an unfortunate car accident. As a result, he wakes up on the banks of the river with no memory of anything before that moment. A good samaritan leads him to the nearby town where he sees numerous photos and memorials to the 62 young men from that town who died during the war. He keeps getting told that he looks familiar and it’s not long before one old man (Martin Landau) recognises him as his son, Luke, who disappeared nine and a half years earlier.

From there it is a tale of revitalisation, both for him and the town. The town celebrates the return of a long lost son and slowly begins to return to the way it was before all the heartache. Through all this, he meets people from his past, including the love of his life, Adele Stanton (Laurie Holden), and helps his father revive the old Majestic cinema which his father owns.

Of course, Peter’s disappearance only convinces the authorities of his guilt and they launch a manhunt to find him. Needless to say, this leads to a difficult realisation as Peter finally regains his memories. Along with this revelation comes its own set of problems and feelings of betrayal. This ultimately makes Peter face the truth and go back to face the music. However, will he lose everything yet again?

The Majestic is a stunning film and honestly gives us one of Jim Carrey’s greatest performances. Instead of the usual “rubber face” Carrey most people will be used to from his films such as Ace Ventura, The Cable Guy, and Dumb and Dumber, The Majestic showcases Carrey’s abilities as a serious dramatic actor. It is on par, if not better, than his performance in the amazing Truman Show.

The story is filled with many heart-warming as well as heart-wrenching moments. It is a story of redemption, revival, and rebirth and it is a real shame that it didn’t do well. This is, in part, due to Warner Brothers thinking that it could compete with films like Harry Potter and Lord of the Rings. The Majestic is a stunning film but cannot be expected to hold its own against such heavy hitters. Had the timing of the release been better the film may not have been the “flop” that is was, earning back only $37 million of its $72 million budget.

For a truly stunning drama film that will keep you engaged and show you what a great actor Carrey truly is, The Majestic is a must-see. For the eagle-eyed observers out there, there is even a cameo by Bruce Campbell (Evil Dead), Matt Damon, as well as a blink and you’ll miss it reference to Indiana Jones.

You can see a trailer for the film below. (Unfortunately, I couldn’t find a better quality version of the trailer.) 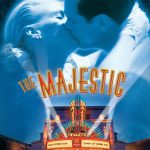 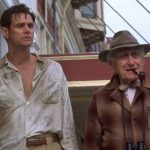 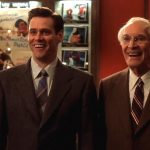 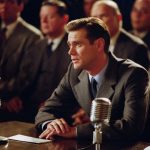 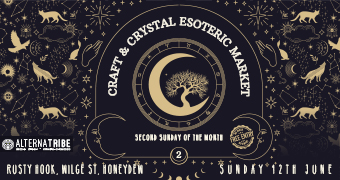