Vans Aren’t Only For Soccer Moms. They’re Great For First Contact Too!

No one can deny that 2020 has not been anyone’s year. From the dreaded ‘Rona, murder hornets, earthquakes, and more, it’s not surprising that many people are expecting aliens next (that or Cthulhu). However, what would you do if you made first contact?

I know what you’re going to say… “first contact movies are a dime a dozen”. We know the score, someone discovers something unusual, they go to investigate, uncover the existence, race against time to stop imminent alien invasion/destruction of planet earth. It’s fun, formulaic, and we can switch off our brains and just enjoy the ride. Cosmos, however, takes a different, and frankly a rather unique look at the subject.

That is why Cosmos was such a fun gem to stumble across. It turns the entire first contact film genre on its head. This is also sadly why it didn’t receive quite as much love as it should have. Fortunately, it is exactly the kind of movie The Back Row likes to highlight. So, let’s dive into the movie a bit more.

The film follows three scientists, Roy (Arjun Singh Panam), Harry (Joshua Ford), and Mike (Tom England), as they head out in their van to do some stargazing and observe a particular asteroid. During the course of the night, they seem to discover a strange signal but write it off as general space noise. One of the team decides to secretly send a message back, not expecting any response. However, it soon seems that they have stumbled across something far greater.

The plot might not sound all that original, but it is the way it has been handled which truly makes this movie shine. The movie isn’t an action-packed thrill ride, quite the contrary. Almost the entire runtime of the film is spent inside the team’s van. Instead of the usual action, the film focuses on the relationships between the three characters and their various interactions.

This choice no doubt alienated many of the viewers who were hoping for something more spectacular but they missed the point. The film has some truly poignant moments and the fact that you spend your time in the van with them adds to the sense of isolation, something which is a theme even between the characters.

The drama in the film comes from the very human and believable interactions of the three main characters. From being the outsider to feelings of betrayal, the characters are not just flat, two-dimensional characters who are there to drive the plot forward. While the pacing may feel slow at first it helps to build the tension that culminates in a wonderful ending that is filled with a heart-pounding sense of urgency.

A theme which lies at the heart of the film, in my opinion, is simply: communication. The three characters in the van all have stories to tell and relationships to explore. This coupled with the idea of making contact and communicating with an alien intelligence leave one with some rather big questions once the movie is over.

Another thing that I personally enjoyed about the film is that the science etc. that it deals with is not dumbed down but it is explained well enough. You might not understand everything they are talking about, but it is explained well enough that you don’t need to. You’re never left with the feeling that you don’t know what’s going on because they are talking about something you don’t understand.

Arjun Singh Panam, Joshua Ford, and Tom England do a great job of bringing their respective characters to life. As the story progresses you find yourself liking and disliking characters at different times, but soon changing your mind again as different things come to light.

Since this film was written and directed by brothers Elliot and Zander Weaver you might think that this isn’t their first rodeo, however, Cosmos is their directorial debut. Despite the fact that it is their first film and an indie film, it is a highly polished product that doesn’t feel like an indie film from a production standpoint.

The fact that it was directed by first-time directors and yet manages to deliver such a great product is truly a testament to the brilliance of this indie film and marks the Weaver brothers as people to watch going forward. Hopefully, they will continue to bring us such great films in future.

This film was one of a handful of interesting and unique finds I have come across in the past year or so and truly deserves a watch. So grab your ET plushie, some popcorn, and get ready for a different kind of first contact film.

You can see a trailer for the film below. 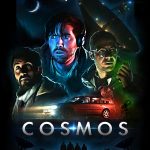 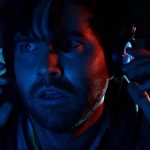 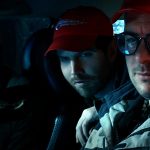